The 89,000 square foot state-of-the-art facility is expected to provide services to more than 73,000 Veterans and their families on an annual basis. It is anticipated that construction will start during the first quarter of 2019. The future redevelopment of the old clinic will include apartments for veterans and seniors, along with private medical offices.

In discussing the VA’s decision to build the clinic on the Campus, Lisa Roskens, Chairman and CEO of Burlington Capital said, “We are so proud to take another key step in serving our Veterans and are excited to continue building out our vision for the development of the Lincoln campus.”

U.S. Sen. Deb Fischer, who voted to fund the leased clinics and encouraged the VA to move forward with the project, said she worked to advance the redevelopment of the Lincoln VA Clinic “because it’s a vital project for Nebraska veterans.”

Founded in 1984, Burlington Capital is a diverse investment management firm that creates and pursues innovative business ventures through its experience, knowledge and relationships in the areas of real estate, international agribusiness and financial services. Burlington Capital has served as the general partner for 17 public limited partnerships and five private partnerships and has raised, financed and managed total assets of more than $7 billion and served more than 100,000 investors. 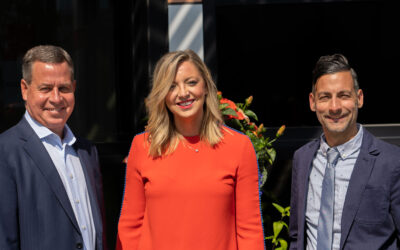 Announcing a Recent Property Acquisition to the Fund VI Portfolio in Augusta, Georgia