‘Where people care about you’: Omaha apartments provide ‘a safe place’ for vets facing hard times

Jim Holt avoided peril while conducting airborne surveillance of Russian submarines for the U.S. Navy during the Cold War, but he ran into rough seas after he came home.

While in a Veterans Affairs recovery program, Holt was living in rental housing frequented by people using drugs. Then he found safe harbor at Victory Apartments south of downtown Omaha.

“You know you’ve got a quiet place to come to, and a safe place, where people care about you,” the 62-year-old Holt said Friday, sitting with a neighbor on a sofa in Holt’s cozy apartment. Framed Old West art decorated the walls. A wire-controlled model airplane that Holt had flown in childhood days with his father dangled from the ceiling light.

The two are among 90 military veterans, many of whom had once lived on the streets, who live in Victory Apartments 1. They receive services in the same complex from VA Nebraska-Western Iowa Health Care System. The federally subsidized supportive housing opened in 2013 in a wing of the historic former St. Joseph Hospital at 825 Dorcas St.

Now, another 60 apartments are on the way next door. Burlington Capital Real Estate plans to renovate a four-story building at 819 Dorcas St. into Victory Apartments II. The Omaha Planning Board last week voted to recommend that the City Council approve up to $347,000 in tax-increment financing to help pay for the $8.2 million project.

Burlington partners with the VA, the U.S. Department of Housing and Urban Development and local housing authorities on the program. It’s for homeless or nearly homeless veterans. They must meet certain qualifications, including that they cannot be registered sex offenders.

The building that will house Victory Apartments II was a dormitory decades ago. It once housed offices as part of Grace University, and more recently, until the end of 2017, was home to Salvation Army Mental Health Respite Care, which provided short-term residential treatment.

Work to create the 60 one-bedroom and studio apartments could begin this spring. It will most likely take about a year to complete, said George Achola, Burlington Real Estate vice president.

The housing is badly needed. There are 140 people on a waiting list.

“It’s painful to tell a veteran it’s a long wait list, and when they ask how long, to say, well, um, two years,” said Thomas York, property manager of Victory Apartments. “What George is doing now, adding 60 apartments, is going to take a big bite out of that.”

Holt and Rose said they’re glad that more people, and specifically more fellow military veterans, will have the opportunity to live there. They said Victory Apartments are clean, comfortable, well built and well managed. But that’s not the half of it.

In addition to the VA services, there are loads of activities, they said. One example: people from the nonprofit group Project Healing Waters Fly Fishing come in and teach fly-tying and fly-fishing classes, and veterans can go on fly-fishing trips. American Legion members supplement residents’ groceries with food pantries, and bingo games offer food prizes.

People can get together and talk about old times or current problems at social events such as “Yack and Snacks.” There are community dinners. Rose, who worked in food service in the Air Force, occasionally whips up meals of beef stroganoff and fruit cobbler.

“There’s always something to do, and you can get involved just as much as you want,” Holt said.

Not everything goes swimmingly all the time. We are talking about 90 people who were homeless, or nearly so, now all living in the same building. It takes some people a while to figure out living with rules, Holt and Rose said.

Holt has lived there about two years, after going through a hospital mental health program, living in Salvation Army housing, then on his own in an apartment where, even though the landlord was a good guy, there was a lot of drug use, fighting and people who didn’t belong there coming in and causing trouble.

“I was going through the recovery program at the VA and a lot of the guys there ended up coming here, and had a lot of good things to say,” Holt said. “So when the opportunity came I kind of jumped on it.

Coming into Victory Apartments, “right away you know you’re in a safe environment,” Holt said. “You’ve got other vets. Tom (York), when you come in and get interviewed, lays everything out, all the ground rules so you know what to expect. And then it’s just a matter of, you just learn to enjoy it here because you don’t have to worry about things that you worried about before.”

Burlington got involved after another developer’s plan to place such apartments in the Field Club neighborhood, near the Omaha VA Medical Center, failed due to neighborhood opposition, Achola said.

“Mike Yanney’s a veteran,” Achola said of Burlington’s chairman emeritus. “He’s always been interested in veterans issues. He said that’s an embarrassment, we’re going to make sure these veterans get help and we became involved.” 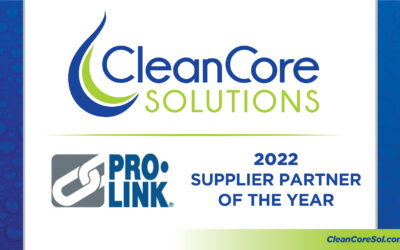 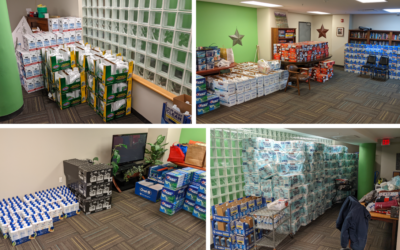